The first question of course was, how to get dry again: they had a consultation about this, and after a few minutes it seemed quite natural to Alice to find herself talking familiarly with them, as if she had known them all her life. Indeed, she had quite a long argument with the Lory, who at last turned sulky, and would only say, ‘I am older than you, and must know better’; and this Alice would not allow without knowing how old it was, and, as the Lory positively refused to tell its age, there was no more to be said.

At last the Mouse, who seemed to be a person of authority among them, called out, ‘Sit down, all of you, and listen to me! I’ll soon make you dry enough!’ They all sat down at once, in a large ring, with the Mouse in the middle. Alice kept her eyes anxiously fixed on it, for she felt sure she would catch a bad cold if she did not get dry very soon.

‘Ahem!’ said the Mouse with an important air, ‘are you all ready? This is the driest thing I know. Silence all round, if you please! “William the Conqueror, whose cause was favoured by the pope, was soon submitted to by the English, who wanted leaders, and had been of late much accustomed to usurpation and conquest. Edwin and Morcar, the earls of Mercia and Northumbria—“’

‘I thought you did,’ said the Mouse. ‘—I proceed. “Edwin and Morcar, the earls of Mercia and Northumbria, declared for him: and even Stigand, the patriotic archbishop of Canterbury, found it advisable—“’

‘Found what?’ said the Duck.

‘Found it,’ the Mouse replied rather crossly: ‘of course you know what “it” means.’

‘I know what “it” means well enough, when I find a thing,’ said the Duck: ‘it’s generally a frog or a worm. The question is, what did the archbishop find?’

The Mouse did not notice this question, but hurriedly went on, ‘“—found it advisable to go with Edgar Atheling to meet William and offer him the crown. William’s conduct at first was moderate. But the insolence of his Normans—” How are you getting on now, my dear?’ it continued, turning to Alice as it spoke.

Exclusive discount, first to hear about our new releases, etc.
You'll want to make sure you're signed up for our newsletter to not miss anything! 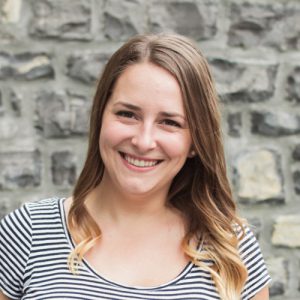 Grab a coconut and relax, Hazel is the answer you’ve been looking for!

Does Isla look like the perfect theme for you? No need to wait! You can get it on the Code + Coconut website right away!